It being Halloween today, I thought I would show-n-tell about the freaky-looking spider that made our house it's home.  It was actually living happily outside, next to our front door without being disturbed or detected... until one day.  One of my friends knocked at the door and upon my answering it, she tells me, "Hey, did you know you've got a huge cat-faced spider living over here?"  I only needed one look before I cowered behind and half-shut my front door.  My friend was definitely not a spider-hater, as her next words after my reaction was, "Don't kill it!  It's not poisonous.  It's good.  It eats bugs."  That trite fact was of little relief and I did not step aside from my front door shield.  Then she says, "You should bring it to your husband at school.  I bet his students would like to see it."  Uh huh.  A great idea, except the part about me bringing it to him...YIKES!  I HATE SPIDERS!  Well, one bright idea deserves another, so I piped up with, "Yeah, I bet he would like to see it.  If I got you a jar, would YOU catch it for me?"  I was glad that she had no problem with that, so I let her catch it, and I took it to my hubby.  The spider was quite a hit with the kids.  After school we set it free, far from the house in a lonely bush, but not without a photo shoot.  Enjoy the spooky smilebox.  By the way, we looked the spider up on the internet and it's not a cat-faced spider, like my friend thought.  It's an impressive Banded Orb Weaver Spider, and like my friend said, not poisonous and a good ole bug-eater.
Too bad we didn't save the spider for Halloween.  Nothing says "welcome trick or treaters" like a giant spider.

"Sweet" Memories, Reminiscing With My Dad

Talking with my dad last night was good.  We reminisced about how time flies by.  He was remembering this time of year when it was our first Halloween in the "new house" in North Orem (the house he still lives in that's now 25 years old, give or take a year).  Jacob would have been a baby, so this was before April was born, and all 4 kids were under the age of 5.  Dad's job was to hand out candy while my mom would take us kids around the neighborhood trick-or-treating.

Dad expected maybe 30 trick-or-treaters to show up, judging from his past candy-giving experiences in California and South Orem.  He had his small bowl of candy ready, and the doorbell started to ring.  Well, as my dad soon found out, the new neighborhood was FULL of children and young families.  As he puts it, 30 kids came by in the first 15 minutes, completely cleaning out his candy bowl.  At this point many candy-givers would turn their lights off and pretend no one was home... but not my dad.  When he realized that he wouldn't have enough candy, he put his gifted hands to work and scrambled to produce sweet treats.  He started baking cookies.  He can whip up cookie dough from scratch relying entirely on his number-oriented memory in mere minutes.  And he baked, baked, and baked what he estimates about 9 dozen cookies.  All the while he was stuffing them in plastic wrap and tucking in a slip of paper with his name and phone number on it so the kids would be allowed to eat it.  On top of that, he had to field the constant stream of ghosts and goblins at his front door.  As we (his kids) came home from trick-or-treating, he confiscated our candy too and began to hand it out, obviously teaching us the art of re-gifting at an early age.  I can imagine we were not all too happy about coming home that Halloween.  First we come into the warmth of our home to the smell of freshly baked cookies and we were told we couldn't have even one of them.  Then Dad takes our candy and gives it away!  He sure knows how to torture his kids on Halloween!  To his credit, he claims that he left us the few pieces that we most wanted.  By the time the last trick-or-treater came around, dad guesstimates he saw around 300 kids.  Wow. 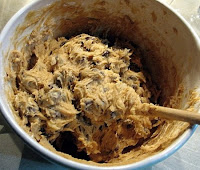 Although I don't remember that particular Halloween with as much clarity as my dad, I do remember that every Halloween the streets were always full of kids when we'd go trick-or-treating.  And I remember that when we'd come home, dad would always automatically get to take some of our candy for himself.  I never thought it was fair that he got a portion of our hard earned sugar when all he did was sit at home, watch TV, and answer the door.  It was the unfair dad-tax that we were all subject to.  Did anyone else's dad do that?
Confession time.  Steve and I are parents.  We've adopted the unfair dad-tax.  Sorry, kids.  But look on the bright side, one day, you'll get to be an unfair parent too!

My parents fed the entire neighborhood on several occasions... and sometimes they even found out about it.  Well, after hearing this story about my dad and his efforts to feed the begging children, I think he earned every bit of the candy he got from us.  I love you dad!
Posted by Stephen Christensen at 10:50 AM 2 comments: 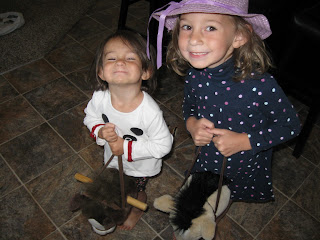 I remember longing for the day when Amara would be old enough to play along with Lily and I thought the day might never come.  But I guess it just sort of happened little by little and now they play together everyday.   They know how to play together, they know how to fight together, and they even know how to serve the other, just like all siblings should.  I truly love being able to watch Amara pretend to be Lily's puppy, or Lily and Amara being cowgirls or princesses.  It warms my heart when Lily will race to turn the light on in the bathroom when Amara announces that she needs to go, or when Amara just HAS to give Lily a huge bear-hug before she starts her day at Kindergarten (even if Lily is late), and Lily embracing her back.  Their sisterly ways are so sweet.  I super-duper love our girls! 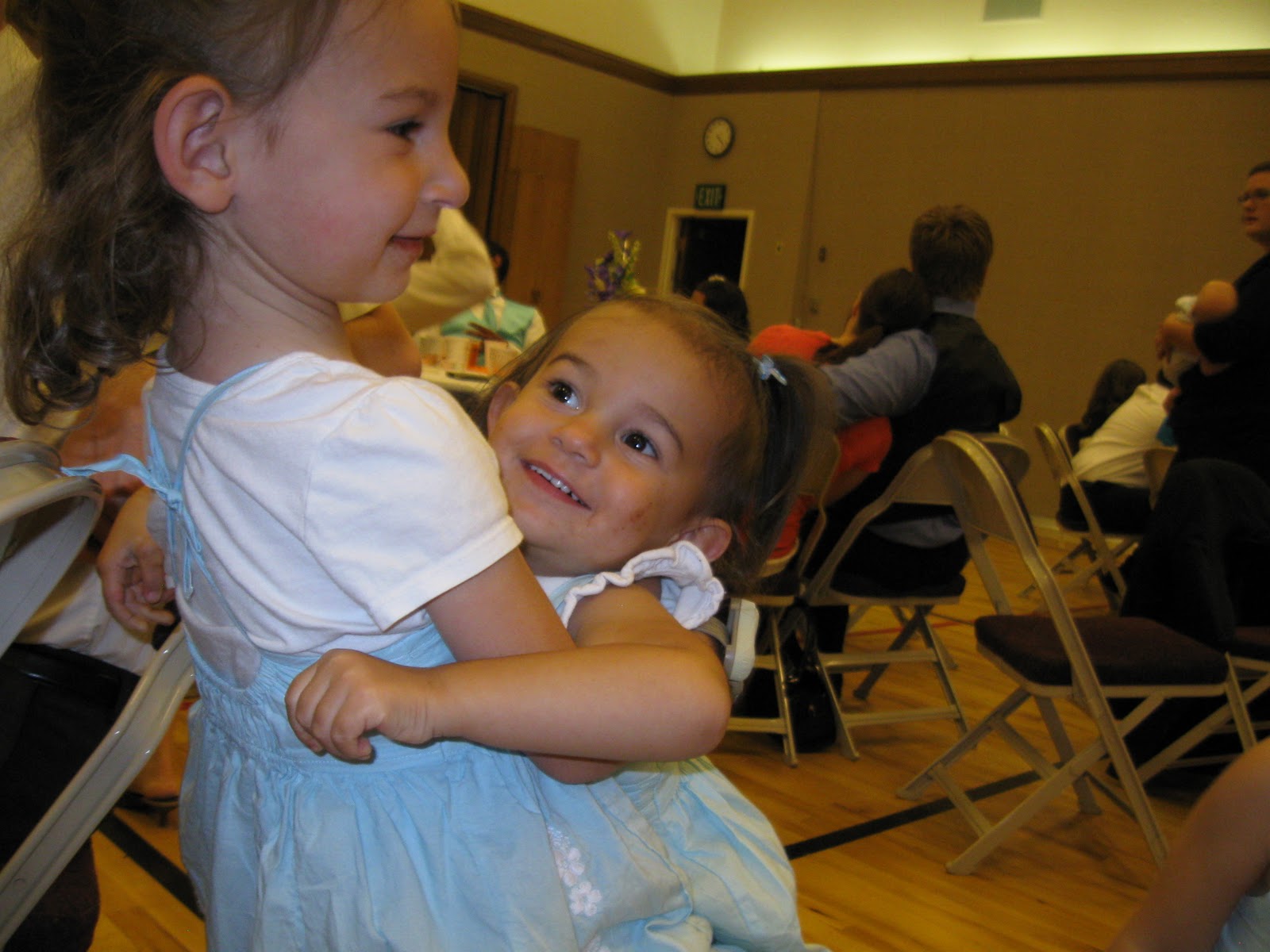