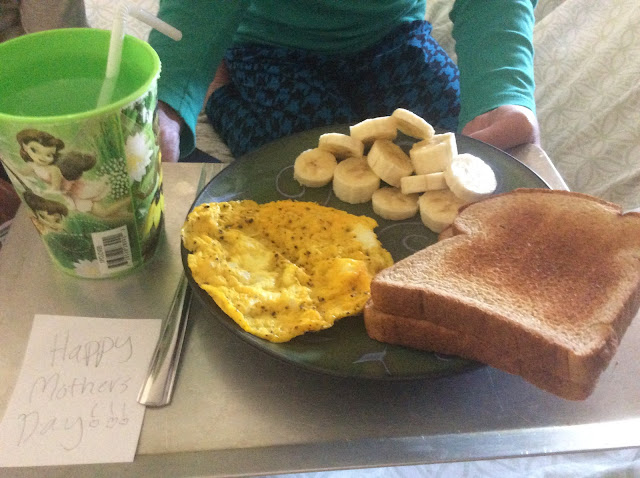 Growing up I envisioned myself being a hard-working career woman who maybe got married and maybe had a family, eventually.  I thought I'd be graduated from college with a master's degree and have a nice home paid off before I ever met a guy that would be interested in me.  Then we might consider having kids, or not.

In a very popular song from the Disney movie Frozen there is a line that says, "People don't really change."  HA!  Isn't that a load of steaming garbage being sung by little voices everywhere.  I'll be the first to tell you, people change.  They are dynamic!  They are changing all the time!  And such was the case with my plans for my future.  I got older, and wiser, and the closer I drew to God, the more my plans changed.  Getting married and starting a family wasn't some foreign afterthought.

Not long later, I was married, and two years after that, I had my first baby!  Life changed completely!  Being a mother was way more humbling than I ever expected.  I learned that first year of my baby's life that being a mother was exactly what I always wanted to do, but never knew it.

I feel like mother's day isn't so much a celebration for me being a great mom as much as it is of gratitude to God for the chance I have to be a mother.  Motherhood has deepened my love.  It has deepened my understanding of God and myself.  My flaws are accentuated through motherhood, my need for repentance (change) is constant and it's not always roses.  That being said, I cannot speak of motherhood without acknowledging the blessing it is in my life to have extremely close relationships with 2 of God's finest daughters.  It is humbling to raise these two beautiful spirits because I know how Heavenly Father feels about them and what he expects me to teach them.  I truly feel blessed~ 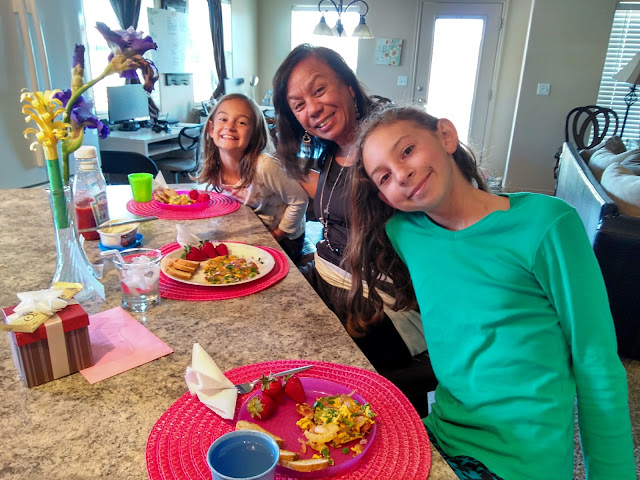 This past Mother's Day was special because my girls made me cards and breakfast in bed, and secretly bought me sweet gifts with their own money.  It was also special because I got to spend the whole day with my own mother.  It was fun to celebrate my mom.  I love her and I'm so thankful for our relationship! 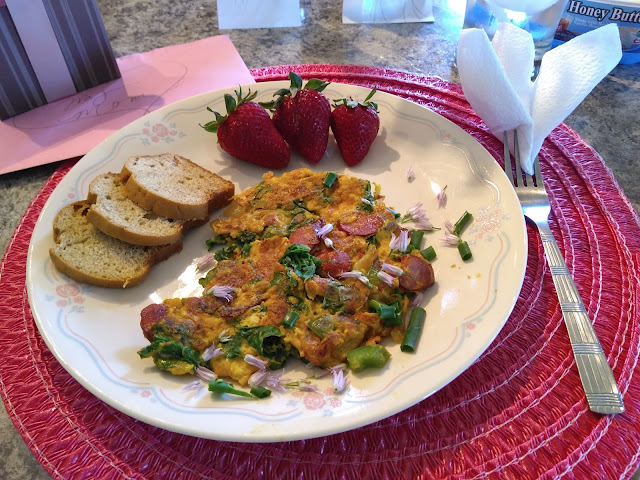 We had a special dinner prepared by Steve!  It was an exhausting effort for him, but he put out an amazing spread! 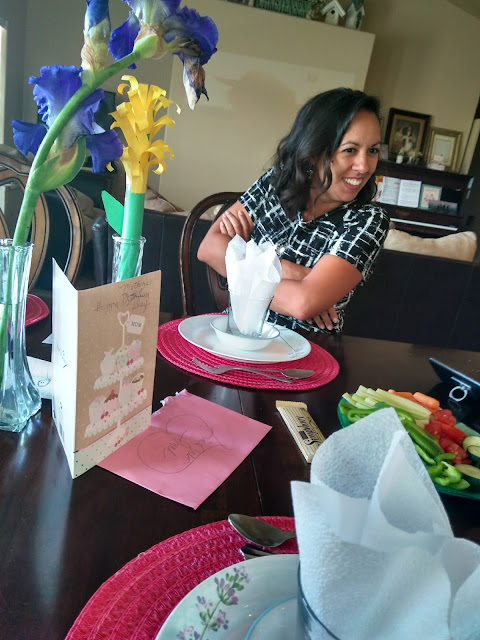 We had a veggie tray, Mongolian beef and rice, seafood-lobster bisque, and shrimp cocktail. 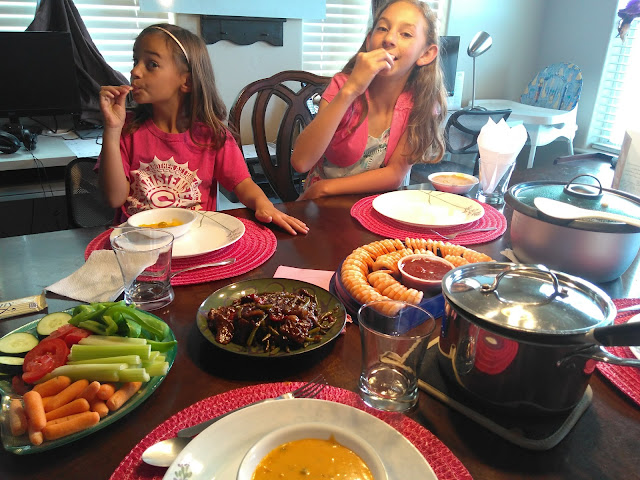 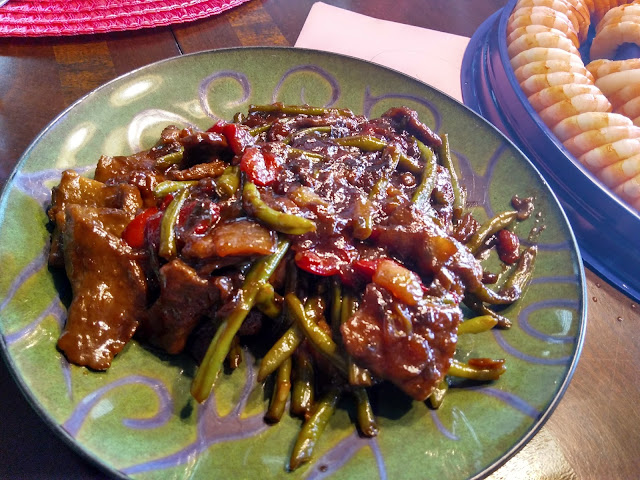 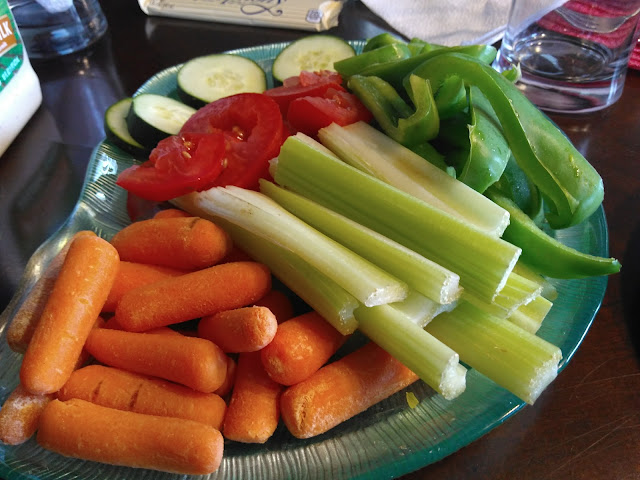 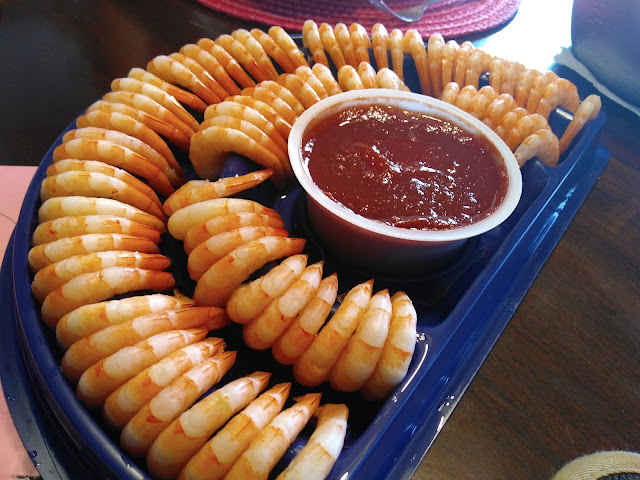 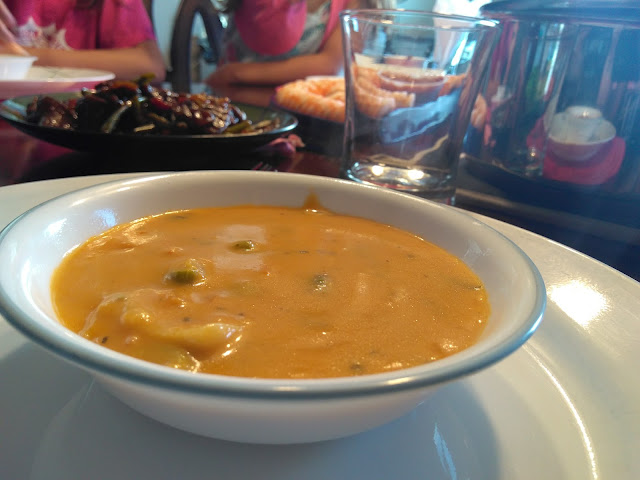 He was exhausted pulling this together!  This is a pic of him right after he said, "Let's pray." 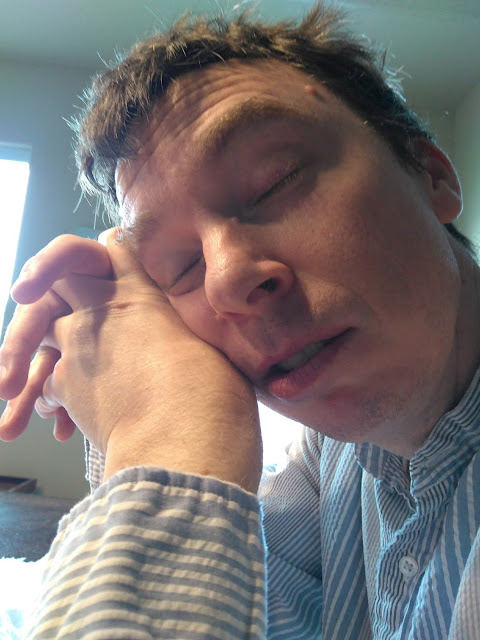 I think his exhaustion was not just because it was hard work to get the meal together.  In fact, I know he was exhausted because he had gorged himself on a giant piece of 7 layer chocolate fudge cake a la mode the night before and made himself sick the next day.  We did have a nice date that night, though.

To finish the evening off, my brother and his family from Hawaii Skyped us!  We got to visit for a good hour before it was time for him to get his Mother's Day meal moving.

My nieces and nephews had so many new cool tricks to show me! 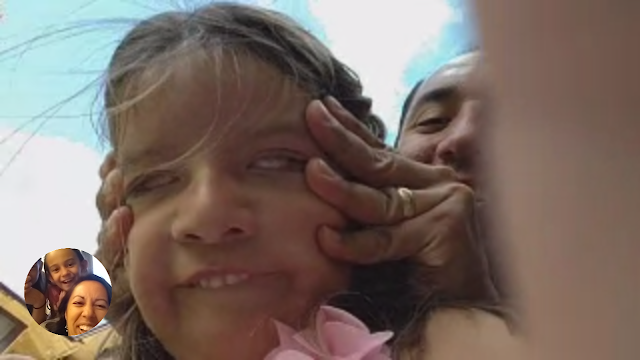 My kids made these cute worksheets for me in Primary.

Amara also drew me a portrait of myself.  It was a very beautiful rendering.  I feel so special and so blessed! 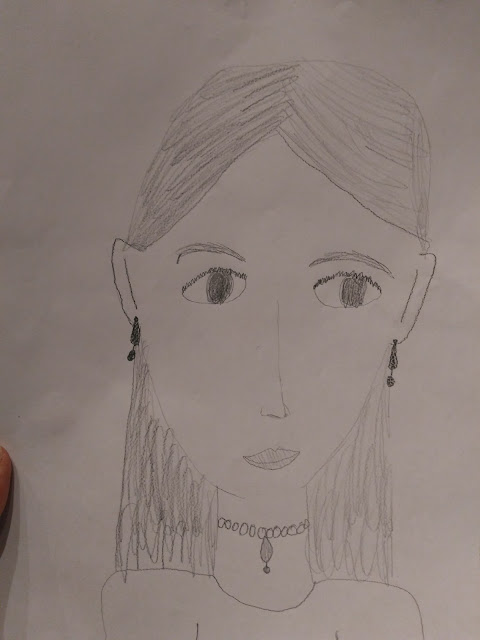