To California for Uncle Everett's Funeral 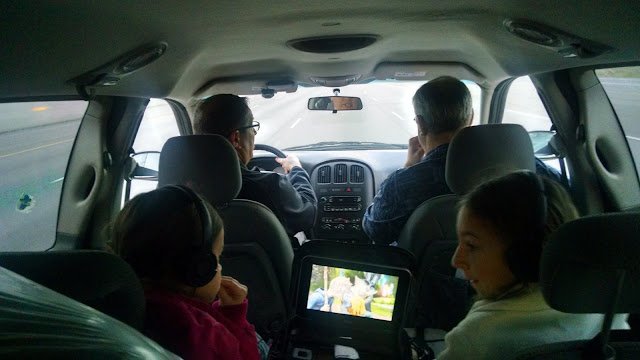 At the news of Uncle Everett's death, which I discovered via a Facebook post by my Aunty Cheryl, I was a little shocked because he seemed so healthy when my family saw him a year and a half ago, when we visited my grandparents on our way to Disneyland.  I felt like I wanted to attend the funeral, and I could make the drive perhaps if my dad was planning on attending the funeral.  I called him, and sure enough, he was planning to go.  Steve would be unable to make it since he had to work, but he consented for me to take our van and go with the girls.  We arranged with my mom and Tom for Steve to borrow Tom's car for the week while I took off, since we are down to using one car for our family.

The girls and I spent Thursday night with my sister in Payson before we embarked on the 13 hour journey to my grandparent's house in Patterson on Friday.  We picked up my dad and Uncle David at early-o-clock the next day and drove ALL DAY LONG.  I snapped a few pics from the backseat, my unofficial designated spot for that drive.  It was pretty nice that I didn't have to drive the entire way.  My dad and Uncle took care of that end of things.  And since we were using my van, dad and Uncle Dave split the gas.  I got a really great bargain!


We were exhausted and made it safely to Patterson.  It was dark when we arrived, and raining.  Uncle Mike and Aunty Cheryl were already staying there, taking the back rooms, so me, my dad, and girls all layed out our sleeping gear in the living room, and Uncle David made just enough room to sleep in the office.
We went to Uncle Ev's funeral on Saturday morning.  It was a really sweet memorial.  I learned more about him there, like he joined his church choir, and he helped lead their midweek bible study, and every person who spoke at the service referred to his unforgettable smile.

There was a luncheon at Aunty Edith's/Sabia and Donny's house afterward.  It was raining, so the crowds of people went inside, but we wanted to look around outside.  Their yard was a manicured wonder.  We loved seeing the citrus trees!


After the luncheon, we all went home to grandma and grandpa's house and rested.  Grandpa was really beat by mid-afternoon.  While we had some down time, my dad wanted to get in more steps for the day, so we went on a walk with my girls.  They had actually packed their little Razor scooters, so they scooted while we walked around the neighborhood a couple times.  It rained much of the time we were there, but it let up just a touch for us to go on a walk.  The fresh air smelled wonderful. 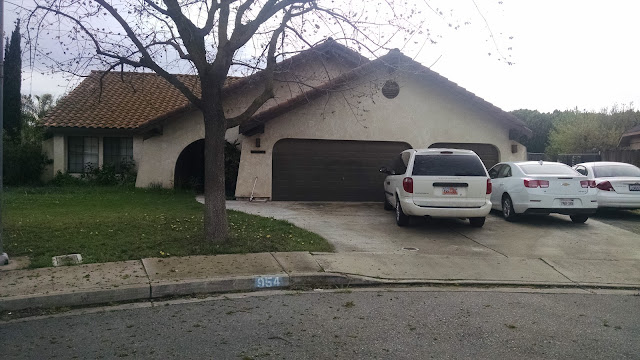 Sunday, me, my kids, my dad, Uncle Dave, and Grandma all went to church.  Grandma was running late because her dementia keeps her from hurrying, so Uncle Mike brought her a little late to sacrament meeting, then he went back home to be with grandpa and Aunty Cheryl.  At church grandma accompanied me to relief society.  On our way there, she would ask, "Now, I'm trying to remember, you are my... (pause)... granddaughter???"  I told her that indeed I was.  When we got to the Relief Society room and sat down, she said, "Now, how are we related again?"  I told her I was her granddaughter through her son, Jim.  "And who did he marry?"  she asked.  Then I told her how he married my mom Roberta, to which grandma said that she recognized the name.  I told her about their 5 kids together, and their divorce 20 years later, and my dad's remarriage to Debby.  She sat with her eyebrows knit, then raised as she took it all in, shaking her head a little.

When they started Relief Society, the person conducting asked for visitors to introduce themselves.  There were several visitors that day, but when they got to me, my grandma told everyone, "This is my granddaughter from Utah."  Then, the person conducting asked,  "And who are you?"  My grandma was taken back that she would even ask that.  She responded firmly, "Who am I?  Well, I'm Leta Lauret.  I've been in this ward over 30 years!"  To which the lady apologized, that she had only been in the ward for a year and didn't remember her, which is understandable, since she hardly makes it to church anymore because she doesn't remember it.   I must say this was a wonderful experience for me.  I got to sit by my sweet grandma and help her find the scriptures we were looking up, and listen to her sing out the hymns in her aged voice, and hand her one of those chocolates from off the table that were there for anyone who didn't get one last week at the visiting teaching thing they did.  To add to all that, the lesson was absolutely beautiful about lifting one another, even when it's hard, or when you don't want to do it.  And, taking it a step further, strengthening yourself so it isn't as hard to lift others when you need to.

When we got home, we had a delicious coma-inducing lunch that my dad prepared of  the classic French dish, Beef Bourguionne.  It was a quiet afternoon as grandma and grandpa took naps, Uncle Mike was either reading or working on the puzzle in the dining room, my dad spent a lot of time with the puzzle, and Uncle Dave and Aunty Cheryl also spent some time with the puzzle, or watched T.V..  Then, Aunty Cheryl had to go back home because she had work the next day.  We all said our goodbyes, and Uncle David moved into her room. 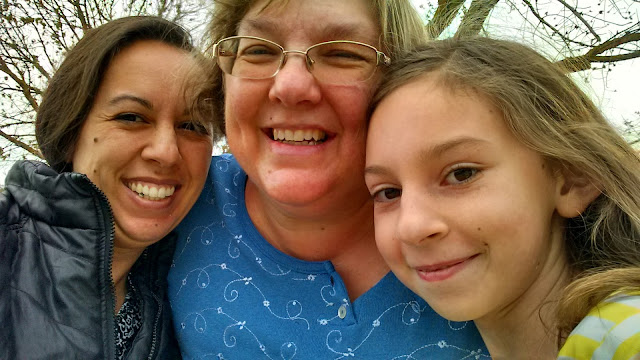 Our final day in California was Monday, the day of the interment.  It was raining on and off, again.  The services were very nice, and there was even a 21 gun salute.  I was thankful that I could attend and it was a spiritual experience reflecting on the memories of the past, and looking to the largely unknown, yet hopeful future.  Our mortal journey here is little more than a blip in eternity.  I was sitting behind my grandpa, who hardly had strength to stand, yet pushed himself onto his feet, his crooked back ever prominent, and raise his shaking hand to his brow to salute the flag and show respect for Uncle Ev who served his country. 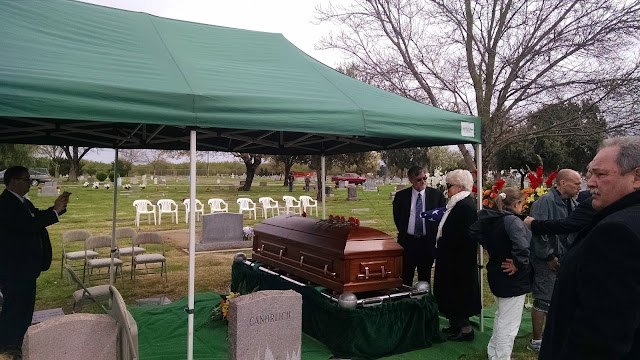 We didn't spend a lot of time visiting at the graveside, we just went back home and got grandpa comfortable again.  We had leftover sandwiches and fruit from the funeral luncheon that were sent home with us, and later that day, we were invited to a dinner and campfire at Aunty Edith's house.  The fire was really nice, since it was chilly and began to rain, again.  They served us some casseroles that their church had brought over for them.  It was nice getting to visit with everyone over there.  We stayed until a little after the sun set.  By then, grandpa was in pain and wanted to get home.

The next day, we got up at 5:30 to get packed and on the road by 6.  We hoped to beat the traffic, but we didn't exactly.  Still, it was a lovely day for traveling, no bad weather for us.  It was another long day on the road back to Utah.  I snapped a few pictures from the backseat, once again.


By the time we got back to Uncle David's it was dark and raining.  Debby met my dad there and they all unloaded their things from my van.  I took the wheel, and got on the road back to April's house for one more night stay before driving back to my own home.  It felt so good to sleep there.  There was a soft bed, and privacy behind a door that closed.  There was no snoring.  There was not a TV blaring loudly until midnight (Grandma can't hear very well, and she turns the TV up really loud and she also stays up really late, working on crafts in her recliner in front of the TV).  Needless to say, I was very tired, and I slept really well.

Next morning, April had made her famous chocolate chip cookies that I could take home to my hubby!  What an angel!  We spent the short time we had with her and her kids, and we left after lunch back to our home sweet home.