Posted by Stephen Christensen at 8:27 PM No comments:

A Visit and A Blessing 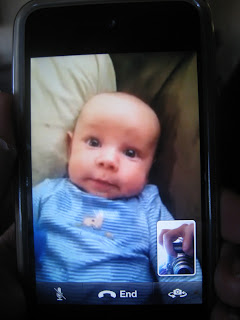 My sister and I are very close and we have made good use of the invention of the Iphone/Ipod Touch's app called Facetime.  Above is a picture of April's baby Devon via Facetime.  Lily took the picture with a camera while I was talking with April.  This is how I usually see Devon.

On October 16th, Devon was blessed in church and my family traveled down for the blessing.  I loved seeing Devon in real life and seeing how tall he's gotten.  We had a wonderfully full weekend visiting with all my family members in Utah Valley and some of Steve's as well. 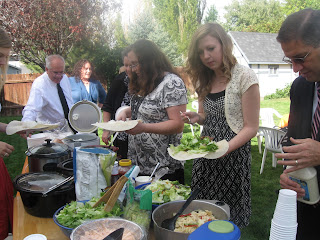 After the blessing, April had a potluck luncheon at her house and I was able to get some pictures.  We had yummy build-your-own pulled pork salad, pasta salad, jello salad, drinks, and dessert. Yum!

I miss my family very much and living 2 hours away is too far for me.  I miss things like this: 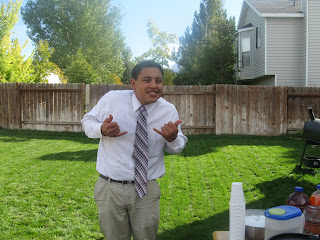 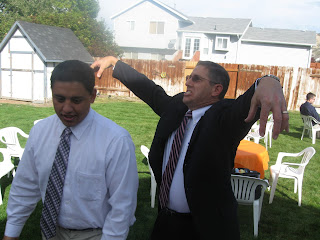 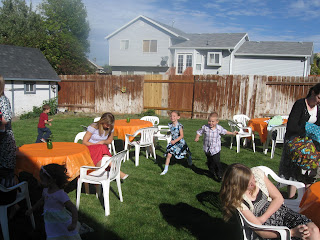 But, I'm blessed we are able to visit as much as we do, and I'm glad that we didn't have to miss this occasion. 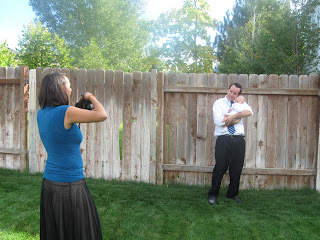 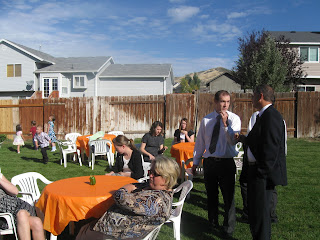 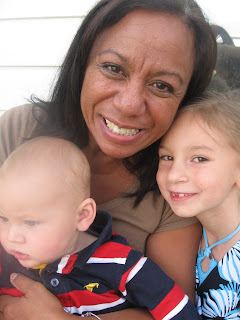 That weekend went by way fast, and we enjoyed every minute of it.
Posted by Stephen Christensen at 7:56 PM 1 comment: 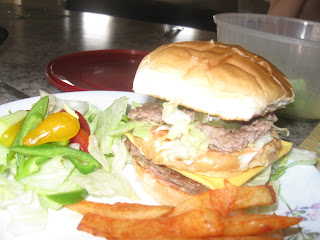 Years ago my step-mom was spring cleaning and was donating a pile of stuff to the thrift store.  I happened upon the pile and being frugally-minded, I rummaged through and found a hardly worn cookbook entitled, "Top Secret Recipes."  It featured recipes of the favorite foods from American restaurant chains like Chili's, KFC, and McDonalds.  Cool!  I thought.  And I took it home excited to cook from it.  A few weeks later, I made their recipe for KFC coleslaw, one of my guilty pleasures, and I dove into the bowl with my fork... Hey!  There is no way this is the Top Secret recipe for KFC's coleslaw.  It's fine, but it's not KFC's.  That's when I decided to read the introduction to the book and discovered that it's not technically the top secret recipes divulged on those pages, it's a guy's best guess using thorough experimentation and taste-testing.  Well, the KFC coleslaw fell short, so that cookbook sat on the shelf for years.

Then recently I had a hankering for McDonalds, but trying to be slightly (ever so slightly) healthier, I wanted to make it myself so I could control the quality of the ingredients.  I remembered the recipe book had taken the McDonald's Big Mac and deconstructed it, so I used it as my reference to make homemade Big Macs.  SUCCESS!  These were awesome!  In fact, Lily has informed me she wants to make them for family favorite night (we do that ever other Friday and allow one of our family members to pick a favorite food for dinner that night). 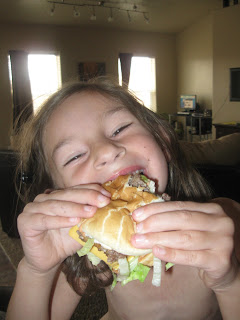 Yum!  I should mention that we had these right on Sunday and the girls came to the dinner table wearing their pretty dresses.  Not wanting them to get messy food all over them, I had them take their dresses off to eat.  They took them off and came to the table wearing only their underwear.  I was hungry, they were hungry, so I didn't send them back to their room to put clothes on.  Besides, it's less laundry for me to do!
Posted by Stephen Christensen at 7:08 PM No comments:

We've had a fun time this past month. I made the smilebox newsletter above, but I know there are those who cannot view smilebox for some reason or another, so I also included the pages below. Enjoy! 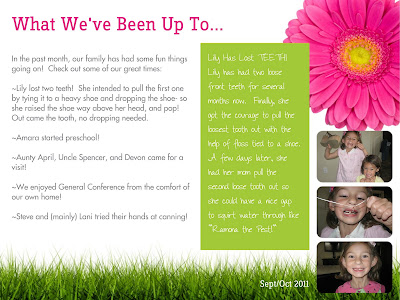 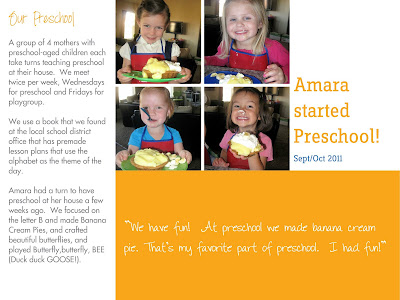 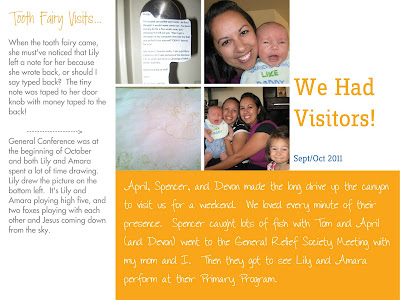 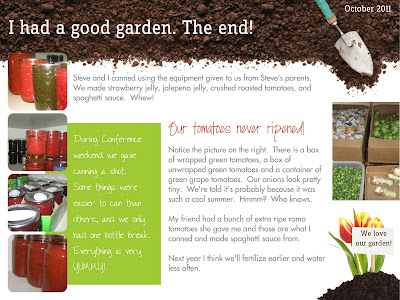 Posted by Stephen Christensen at 7:16 PM No comments: