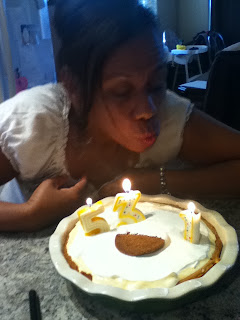 Okay, I know it happened a couple months ago, but I thought you may want to see what we did to celebrate Grandma's birthday back in April.  She turned a whoppin- 53 +1, as was indicated by the candles on the "pie."  You'll see in a moment why I put "pie" in quotes.

First, let's visit the birthday present she received from us, shall we?  It wasn't sentimental this year, but it did bring big smiles all around.  Have you ever heard of an Over the Hill Medical Alert Whistle? 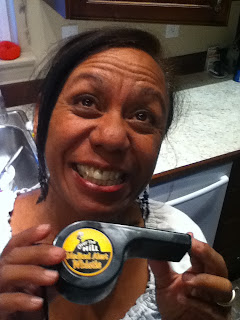 It's large, so you can see it without your reading glasses. :) 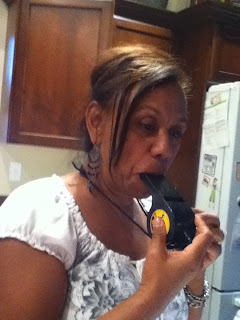 You may not realize how much effort it takes to blow one of these whistles.  Neither did we.  Mom tried it out and we all discovered that a full set of adult lungs can be emptied through that sucker in 1.3 seconds creating a low and gentle "whoo," which is unfortunate for the person using it, seeing as they would probably hyperventilate and die before they actually alerted anyone of their condition. 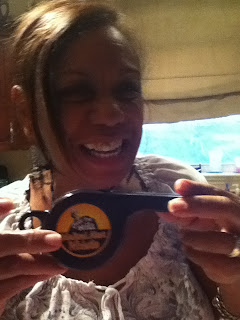 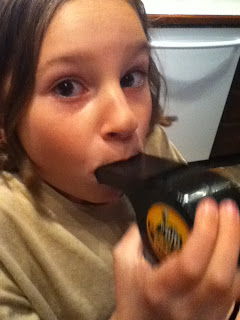 And now that we've laughed about the whistle gift, let's laugh about the "pie."  I use the term "pie" loosely because of, well, how loose it really was.  Embarrassingly, I made the pie, and it wasn't supposed to be a gag gift, but it sorta turned into one, and in more ways than one.  So, the filling never set up, thus creating a banana cream soup in a cookie crust.  To make matters worse, I had added additional instant pudding mix to the filling to make it stiffer, but to no avail.  Instead it just overly-sweetened the filling and made it stickier, if that makes sense.  I thought it tasted like it looked- a chilled mess!  GAG gift.  Grandma didn't complain, and she even lied and said it was good, and the poor woman ate a bowlful.  And to make matters even worse, as I was making the pie, I dumped the filling into the pie crust and there was a dead mouse at the bottom of the bowl, but since there hasn't been much about hantavirus in the news lately, I just went with it and didn't say anything until now.  GAG! 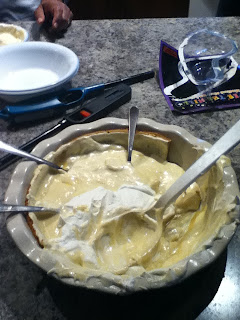 Okay, just kidding about the mouse.

Amara made cards for grandma and Lily made a card for her. 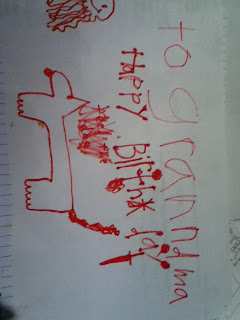 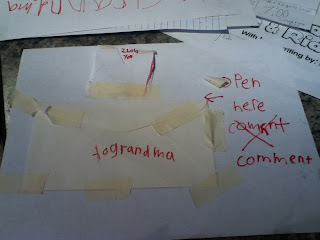 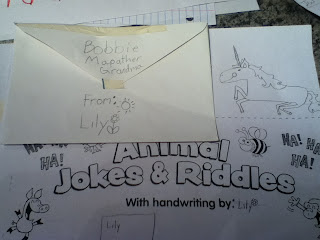 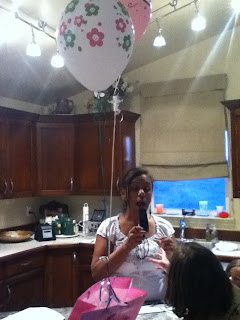 Micah, Jacob, and April (my siblings) all graduated from college this past April.  I was blessed and able to attend all 3 of their graduations.  Micah and April graduated from UVU on the same day and Jake graduated a week later from SUU.  I'm so proud of all the hard work that all of them did to earn their degrees while they still were taking care of families at home.  Way to go!

Better than a Trike or a Bike! 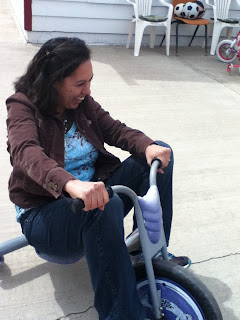 I want one of these.  I wonder if they make them just a little bigger for greater speed and comfort???  It's made by Razor, it's called a "RipRider" and it is a sort of drifting tricycle.   I had so much fun on this RipRider that I'm now considering starting up a trike gang (that term sounded more exciting than "club") and I'm recruiting any and all who I like and who will join.  Anyone?  Anyone? 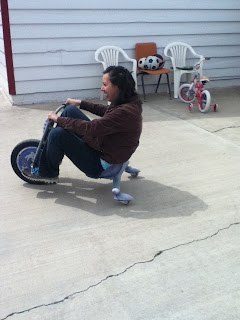 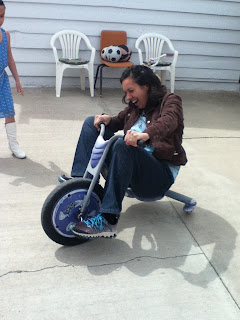 This particular RipRider belongs to one of Steve's 2nd graders.  I'm friends with his mom and she let me give it a whirl around their patio while he was at school. Hehehe...  And now I'm changed.  If riding this isn't on your bucket list, it's time to add it. 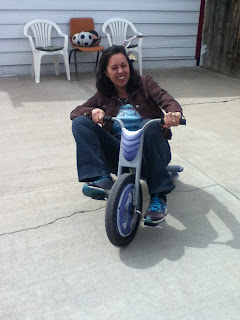