This year St. Patrick's Day was on Sunday.  One of my family's traditions from when I was growing up was to have an Irish-one-pot meal of corned beef, cabbage, new potatoes, and carrots.  Yum!  So, I made it for my family this year, and invited my mom and Tom to join us.  Tom is Irish- his parents immigrated from Ireland to New York, where Tom was born and grew up.  Unfortunately, he hates corned beef and cabbage.  So, he stayed home and enjoyed leprechaun legs or something.  I'm pretty sure my husband would have rather joined Tom than be subjected to such a fatty piece of meat.  Honestly?  Fat is flavor, right?  To my dearest, fat is filth and he will dissect any meat on his plate to purge it of any visible bits.   It's kinda funny to me, actually.  I can somewhat empathize with him because when I was pregnant, my palate was much the same way.  Poor hubby.  But he is a good man and enjoyed a dinner of boiled potatoes and cabbage and still thanked me for the meal.  Amara and Lily didn't want much of the meat.  So, me and my mom had all the corned beef a 2 girls could want!  And even leftovers for lunch the next day. :)

We all had a lovely time together.  The girls made menus for everyone.  They were really cute!!!

Amara loves to create. Whether its building forts or towers with blocks, sweet notes and drawings or a new snack combination, she keeps imagining and creating. It's a joy to see! 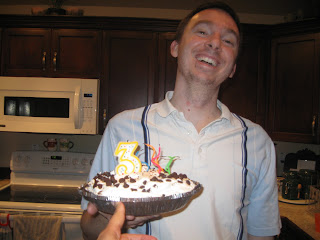 Uh-huh.  That's a birthday-cookies-and-creme pie.  And yes, that candle is a 3 and those squiggly things are 6 more candles- 36, right?

For Steve's birthday this year, his parents came up and surprised him.  It was really fun getting to have them here for the weekend.  They came on Friday while he was still at school.  I thought it would be fun for us to pick Steve up from work in our van, but have his parents in the front seat.  So that's just what we did.  The anticipation of his reaction had us all on the edge of our seats.  Lily and Amara were especially excited to see what he would do.  Then out he walked.  He squinted at the driver (he couldn't find his glasses), realized it wasn't me, and then realized it was his dad.  His expression was that of mild surprise.  It was obvious he didn't expect what he saw, but he didn't do the dramatic-drop-of-the-jaw-and-wide-eyes that Lily thought he would do.

Steve's birthday was actually on Saturday and it was awesome.  The girls got up early and decorated the house with grandma and grandpa's help.  We let Steve sleep in, but as soon as he was ready to get up, he was bombarded with decorations, birthday wishes, and gifts.  He is so special to us!


Time for gifts!  Work gloves and a beautiful reunion photo book from Steve's parents, as well as money to help pay for a new front door deadbolt. 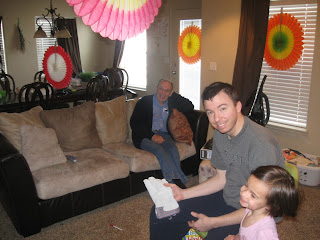 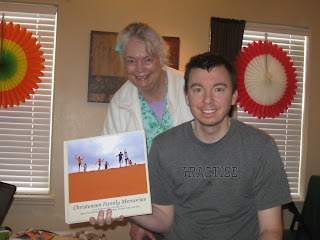 He looks tired in the picture below, but truly he loved everything.  The girls gave him some candy- starbursts and peanut butter m&m's.  I got him some sweet handheld artillery, also known as a slingshot.  And thanks to Tom, Steve's big gift was that we got his car working again.  Now he can go to school early and not have to wait for the rest of his family! 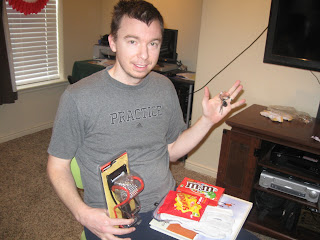 We ate at Golden Coral for his birthday lunch.  My mom came over later that evening for birthday pie.  She gave Steve a set of 3 really cool books that have historical stories that most people don't know. 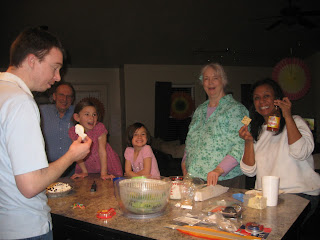 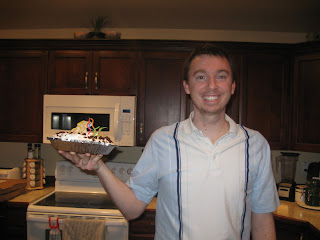 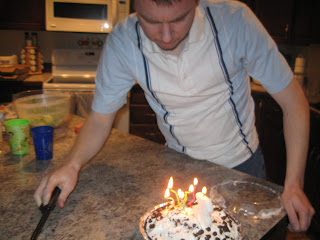 Love you tons Steve!  We loved celebrating YOU in our lives!
Posted by Stephen Christensen at 3:22 PM 1 comment: